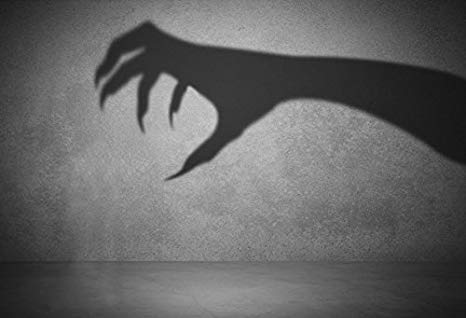 Some relationships only make sense within a certain context.

To say that Eidolon and I have a great relationship is a bit odd, even for me. Especially at the beginning.

The first time I remember meeting him was at the age of 9. When I say ‘meet’ I mean that there was a back and forth interaction. He had moved in and out of my dreams prior to that, but only as a character in a nightmare, or the shadow that you see at the end of your bed in the middle of the night.

By the time I became an adult, I had grown accustomed to his presence in my dreams, and wrestled with him on sleepless nights. It’s the same idea as when you hear the phrase: “Wrestling with demons.”

Eidolon is my demon, per say.

We have been through a lot together, and I gave up a long time ago trying to make him go away. He doesn’t give a shit about my requests… except that he kind of does.

Eidolon doesn’t create my nightmares, he is just present. And when I feel as if my dreamworld is closing in on me, he tends to move as close as he can to me.

I learned a while ago the ability to wake myself up from the nightmares (in whatever shape and form they take), and what I have discovered is that if Eidolon can have me in his grasp at the moment I come to… then he can follow me into my wakened state.

That became a game for me. Can I wake up before Eidolon gets to close?

It actually made me forget about the nightmare for a moment, and I tended to win. Leaving him behind until the next episode.

But on those nights when he did make it out with me, we wrestled. These are the nights where life closes in around you, and you contemplate self harm and feelings of worthlessness and betrayal for hours until the sun comes up.

Those nights when the only thing you want to do is to get back to sleep.

I asked him repeatedly to not enter this world with me, and he simply said, ‘That’s up to you.’ I had no idea what he meant until one fateful night when instead of waking myself up in escape of the nightmare, I actually stayed in with him.

But that’s another story.

One thought on “Eidolon”

The Broken Inside of Me

Insight's into the crazy world of dating

The Broken Inside of Me

Secrets, Betrayal, Romance & Love, combined are the pieces of me

Books, Music, Movies and Me

Blurring the lines between poetry and prose

I write about Digital Hedonism. I'm also writing to you from 2054. Things are looking electric.

A daily selection of the best content published on WordPress, collected for you by humans who love to read.

I write about Digital Hedonism. I'm also writing to you from 2054. Things are looking electric.

The best longform stories on the web

The latest news on WordPress.com and the WordPress community.

Insight's into the crazy world of dating